My family and I lived in New Orleans for four years (1989-93) and made many friends there, so when the images of citywide flooding began to air and the world saw the extent of Katrina’s devastation, I tried to contact friends and colleagues and quickly discovered that the links were down and there was no access to phones or emails. Over the next few days and weeks, my friends’ personal stories slowly emerged. Most of them had evacuated and were living safely in other cities, including Austin. But in the ten years since, I have not located or communicated with four or five of them and wonder where they are. I assume – and hope – they are among the 100,000 New Orleans citizens who have not returned to the city and now live elsewhere.

Over the next three months, in the fall 2005, as I searched and worried and read every article and blog about New Orleans I could get my hands on and surfed the web for videos of what the city had endured, a story began to take shape in my head. It was the story of an older man from southwest Louisiana who trucks his fishing boat to the submerged city, only hours after Katrina makes landfall, to search for his children and grandchildren. That was the germ of Many Rivers to Cross, and the story eventually became a vivid obsession.

It also evolved.  In the beginning, I imagined the boat’s pilot as a retired white minister who had adopted several children when he and his wife were young and active in their church. Once he reaches the city, he motors toward a household of his now-adult children – both African American and white – who are all stranded on a rooftop and desperate for help. 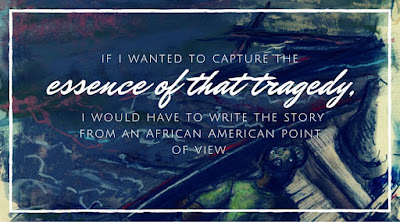 It was an idealistic scenario and had its merits, but I soon took a hard look at the Katrina tragedy and came to the only conclusion an observant writer could arrive at: New Orleans was nearly 60 percent African American; far more than 60 percent of the dead and displaced were African American and poor; and if I wanted to capture the essence of that tragedy, I would have to write the story from an African American point of view.

I knew that wouldn’t be easy. It became my greatest challenge in the 30 years I’d been publishing fiction. So I stepped up to the plate and took a few practice swings.

I first had to inform myself about every detail of the natural part of the natural disaster – the rain and wind damage and the broken levees – and of course the terrible suffering and death. A friend gave me a water-depth chart that indicated how deep the water was in different neighborhoods at various hours of the first few days and longer. I scoured internet sources for incidents that had been reported in parts of the city – Lakeview, Gentilly, Mid City, the Lower Ninth Ward, downtown, St. Charles Avenue, the Garden District, the Irish Channel, the French Quarter, the Superdome, and Morial Convention Center.

I had to plan a boat route for my African American father/grandfather. Fortunately, I had maps of the city dating back to the early 1960s, before Interstate 10 was completed. I sat down and charted the quickest possible path from the suburbs to his daughter and her two children in their flooding Gentilly home. And I began to imagine the myriad of obstacles, both human and waterborne, along the way.

In early 2006, five or six months after Katrina, I decided that I had to go to New Orleans in person, check on friends, and see the city for myself. My son, Danny, was a high school junior at the time, and he accompanied me as I drove through the mostly abandoned streets, following what would become Hodge’s route in his fishing boat. I still have the small notebook in which Danny kept notes as I navigated from Lakeview through City Park and into Gentilly, even circling the empty Orleans Parish Prison several times to understand how prisoners might have escaped drowning by climbing the fences. On our journey, I would point out details – water lines on buildings, downed trees and power lines, abandoned cars, wrecked homes, wandering dogs – and Danny would record those things and add observations of his own.

There were long stretches of time when we didn’t see a soul on the street in large areas of town. At one point, the only person we encountered was a boy about seven years old, standing in the middle of the street, no adults in sight. He scowled at us and threw a rock at the car.  I understood his message:  “Don’t be vacationing in my misery.”

We met my old Stanford friend Don Paul in the Lower Ninth Ward. Don had come to New Orleans to help with disaster relief, and he would stay on. He lives there today, writing and performing poetry and fighting the good fight. He showed Danny and me the annihilation of the Lower Nine. Homes that had floated off their foundations, empty lots where homes had disappeared, homes that had been ruined by the destructive force of water, including one in which the refrigerator had floated into the living room and the walls were pulling away from the ceiling. 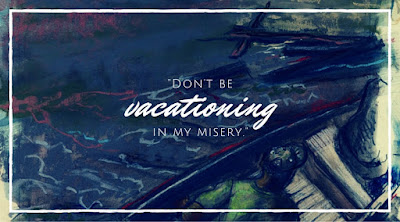 Ten years later, I haven’t forgotten what I saw. And neither has Danny. That visit would solidify in my mind the visceral, haunting details of Katrina’s wrath that reading an article or book could never have given me.

I returned home and continued my research, pursuing every sentence and strip of film about Katrina and New Orleans after the flood. And then one day I realized I knew enough to begin. It was time to stop outlining and start writing. So I sat down at my keyboard, took a deep breath, and swung for the fence.

~Thomas Zigal, author of Many Rivers to Cross

Almost as heart-wrenching as the book, Tom. Good job.