To Hell or the Pecos, a novel by Patrick Dearen 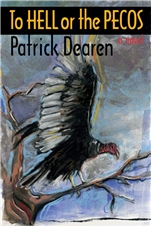 There is something unique about a good Western novel. The empty plains, cowboys riding horseback, six shooting, and the old west are images that someone who grows up in the south has instilled in them from birth. The rugged living of the old frontier has been lost in our society filled with cell phones and smart cars. Picking up Patrick Dearen’s latest novel To Hell or the Pecos has made the images of the American frontier vivid, and transported me into a different era.

The story follows a group of ranch hands on a quest to save the daughter of their slain boss, murdered by a gang of Mexican thieves. The ruffians want to take her back to Mexico in hopes that the wealthy aristocrats will pay top dollar for a virgin gringo wife. As the story progresses we follow the troubadours on their hunt down the trail of the Pecos, and see them faced with the most extreme trials of life. The battle appears to be lost several times, but Dearen paints a portrait of what happens to the human soul when desperation is all that is left. 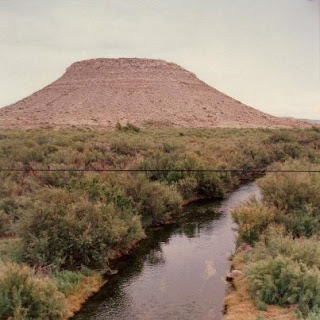 The novel, while staying true to the art of the old western, also poses greater questions of life, and how the pangs of love control the individual. As the trail gets drier, the sun gets hotter, and the men get more and more desperate, the calls of love from beyond the grave grow louder. We see them confronted with past actions that can only be brought to life by the deadness of the desert. As each of them nears death, the true importance of their life becomes more distinct.

Dearen began writing the novel while taking his daily hikes, in an attempt to honor the life of the great western writer Elmer Kelton. After attending the funeral in 2009, he set out walking with a pen and paper, and began to craft what became To Hell or the Pecos. The story originates from real western tales of robbery and murder in the South of Texas in the late 1800s. The origin of the tale is seen throughout Dearen’s writing, and allows the novel to encapsulate the true rugged nature of the old south throughout.

Working on this novel has been extremely enjoyable because it has allowed me to come into contact with a book that is genuine to my setting and adopt a new perspective on the elements in which I live. Dearen has expressed a true perspective of the old west, and allowed the landscape of his home state to tell a tale of life and love. The novel grabbed me from the beginning, transported me to the drought-ridden trails of southern Texas, and transformed me through the hunt for justice and true love.

To find out more about Patrick Dearen, his books, and upcoming events, please visit www.patrickdearen.com, and click here to order.

To Hell or the Pecos Book Trailer
Posted by TCU Press at 12:19 PM